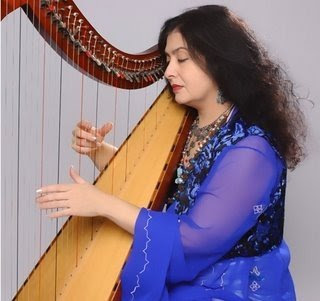 Bravo, Perî! That was an extraordinary blog post—Kurdish women are so interesting! But let's just say I hope I don't see a centerfold of Tara Jaff while I'm alive! I'm afraid my heart couldn't take it... Can't you find some material on REALLY interesting women though—women who are younger and prettier, and have fewer talents? Think of this woman's poor husband—how inadequate must he feel to be married to a musical virtuoso! Wouldn't their marriage be happier if she was less selfish, and, instead of playing her people's silly folk tunes, diverted this effort into the preservation of her good looks and the purchase of cosmetics and string thongs? So you see, any reasonable person can only but agree that Kurdistan's women are put to best use in satisfying the needs of their men!

I'm truly sorry for the immensely disturbing and sexist comments of some people who comment here. I'm proud of the women and men who both strive to achieve their freedoms and peace. Let not the perverted or distasteful words of others put us down. We do not need to rely upon the temporary and materialistic view of beauty or men who lack the respect to understand people. Kurdish people are much more than that and I truly hope to see more posts about inspirational Kurdish people. Thank you so much for informing and educating us.